PyCascades is an inclusive, friendly, and welcoming community. We want to encourage the underrepresented group members to participate in our events. As a part of our ongoing efforts to promote inclusivity and diversity in our community, we adopted, publicized, and enforced the Code of Conduct.

This report is anonymized and published for the sake of maintaining transparency, and to encourage folks in our community to report incidents that might disrupt the atmosphere we work hard to provide.

We’d like to thank the Django and Write The Docs community, both have been pioneering such efforts. Their dedication to inclusive, safe spaces in tech communities and events is an inspiration to us, and we hope to see similar efforts in other communities.

We've sold all our tickets! We thank you for your support and enthusiasm to PyCascades. See you all in Vancouver!

Thank you Google Cloud Platform for stepping up as our Title sponsor. Their sponsorship not only helps with the running cost of the conference, but also allows us to provide financial aid, improving diversity at our event.

We're proud to present a diverse lineup of speakers and topics. We have in our lineup new and seasoned speakers, as well as respected members and leaders of the Python community. Check our talk schedule!

We are thrilled to annouce the speaker lineup for PyCascades 2018!

If you have not made up your mind yet of whether to attend PyCascades, we hope the following list will convince you.

- "BDFL Python 3 Retrospective" by Guido van Rossum
- "Racial Bias in Facial Recognition Software" by Stephanie Kim
- "Setting Expectations for Open Source Participation" by Brett Cannon
- "Character Encoding and You�" by Rachael Tatman
- "Python for Feature Film" by Dhruv Govil
- "RaspberryPy to RustyPi: Translating a Python API to Rust" by Anna Liao
- "A Web App in Four Frameworks" by Nicholas Hunt-Walker
- "The AST and Me" by Emily Morehouse-Valcarcel
- "Python & Spreadsheets: 2018 Edition" by Kojo Idrissa
- "Shipping secret messages through barcodes" by Karina Ruzinov
- "Can you please pass the data? IoT communication with MicroPython" by Sev Leonard
- "Don't Miss This Event!" by Corinne Hutchinson
- "Taming the Hydra: How we Learned to Love Testing a Giant Python Codebase" by Yusuke Tsutsumi
- "Navigating unconscious bias" by Anna Schneider
- "Python is not Java or C++" by Thomas W Ballinger
- "Bad Accessibility Happens – That Doesn’t Have to Be The End" by Lindsey Dragun
- "Gradual Typing of Production Applications" by Łukasz Langa
- "It's a Kind of Magic" by Nick Denny
- "Those Who Care, Teach!" by Kenneth Love
PyCascades will be one-of-a-kind event you don't want to miss. Registration is now open, and we are over forty-percent sold!
PyCascades is a new regional Python conference in the Pacific Northwest, celebrating the West Coast Python developer and user community.
Help make PyCascades a successful event! Sponsorship helps fund running cost of the conference, financial aid, on-site childcare, sprint, and to support the local Python communities.

Posted by Mariatta on Sept. 12, 2017, 10 a.m.
We are excited to announce our first confirmed speaker: Guido van Rossum. 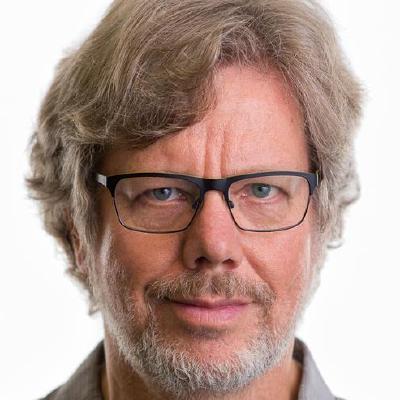 Guido has 27 years of experience using Python, and is also known as Python's BDFL - Benevolent Dictator For Life.
You can follow him on Twitter and check out his website.
Guido will give the talk: BDFL Python 3 Retrospective. Various topics of retrospective on Python 3. What is working, what failed, what is still a work in progress as the language evolves?
Welcome to PyCascades, Guido. It is an honour to have you on our stage!
Registration for PyCascades is now open, and we are almost one-third sold!
PyCascades is a new regional Python conference in the Pacific Northwest, celebrating the West Coast Python developer and user community.
Help make PyCascades a successful event! Sponsorship helps fund running cost of the conference, financial aid, on-site childcare, sprint, and to support the local Python communities.

We Need Your Help!

In order to make PyCascades as accessible and enjoyable as possible, we would like to raise $25K by September 18 so that we can:

One way to do this is by becoming a sponsor! Benefits include:

Join other companies such as Rover as our sponsor! We have several packages to choose from: https://docsend.com/view/b75karu

Alternatively, you can also support us via your donations! All you have to do is following the link and find the "Donate" option to enter in the amount you would like to give: https://www.pycascades.com/tickets/

Thank you for your support! Our team is run entirely by volunteers and we cannot do this without you!

PyCascades in Vancouver coming January. I plan to be there!

We're pleased to announce that tickets for PyCascades 2018 are now available! Purchase your tickets here: https://www.pycascades.com/tickets/

We've worked hard to make this conference accessible to as many people as possible. To that end, there won't be any Early Bird pricing, just low standard pricing for everyone! Ticket quantities are limited, so please make your purchase as soon as possible to avoid disappointment.

Also, our Call for Proposals is still open until August 29. If you have been thinking of submitting a talk proposal, we've love to hear from you! https://www.papercall.io/pycascades-2018

Thank you for supporting PyCascades. Hope to see you at the conference!